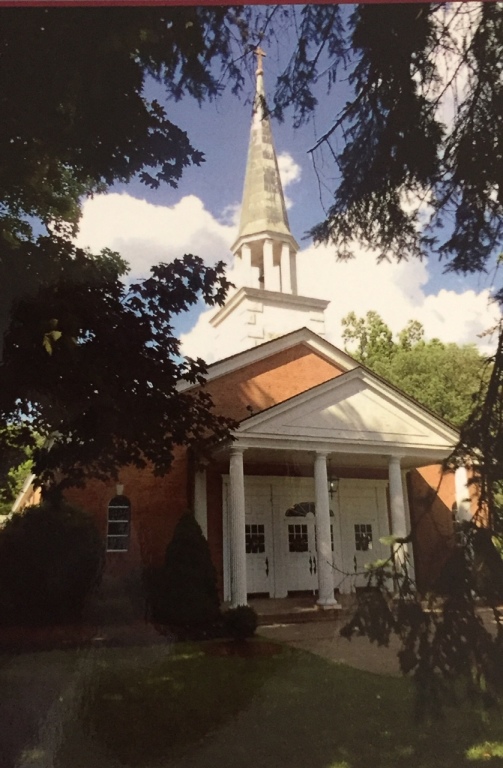 Sacred Heart of Jesus was the first Catholic parish in historic Wethersfield.  Tradition has it that the first Mass in Revolutionary Connecticut was offered in Wethersfield for the army of French General Rochambeau.

In 1798, Father Tisserant, a Roman Catholic priest and refugee from the French Revolution lived with the Bellasis family in Wethersfield serving as a tutor. He was the first Catholic priest in our town to perform religious services such as baptisms.

In 1876, Reverend Lawrence Walsh of St. Peter’s Church organized the Sacred Heart of Jesus parish, the first Catholic parish in Wethersfield. Masses were held in private homes. In 1877,Sacred Heart became a mission church of St. Mary’s in East Hartford.  In 1880, a church was constructed on Garden Street to accommodate the growing number of Catholics in Wethersfield.  The building was dedicated on May 29, 1881 as a mission of St. Lawrence O’Toole in Hartford.

On September 1, 1897, Bishop Michael A. Tierney made Sacred Heart a parish.  In 1923, parish growth was acknowledged with the purchase of the Meggat Seed Warehouse and adjacent family home situated on Hartford Avenue, which was then remodeled into a spacious church with a social hall. In 1924, the church site was moved to Hartford Avenue and the old church was used as a community center.  This second Sacred Heart Church was blessed on Easter Sunday in 1924.In early 1938, a disastrous fire struck Sacred Heart, causing extensive damage.  The congregation was forced to reoccupy the original Garden Street church.  After the fire, there were plans for a new church to be constructed on the Silas Deane Highway.  However, when construction was completed in 1939, the new building was dedicated as Corpus Christi Church.  Consequently, the fire-damaged church was renovated and reconverted into the Sacred Heart sanctuary, then blessed on April 4, 1943.  In the 1950’s, permission to repair both the inside and outside of the church was denied due to the poor condition of the building.  Instead, it was recommended that the parish request permission to build a new church.  Groundbreaking took place in September of 1962 and on June 29, 1963 Archbishop Henry J. O’Brien dedicated the new – third – Sacred Heart Church.  On September 1, 1995, Sacred Heart Church was yoked with Corpus Christi Church.  Sacred Heart celebrated its first 100 years of parish life with a Mass on September 7, 1997.